I'm a Scientist: Supported by Wellcome and UKRI
Skip to content

About the Sanger Zone

Fred Sanger is a scientist who pioneered the DNA sequencing methods that make genome sequencing possible today. Because of his connections to Cambridge and his pioneering work with DNA sequencing the Sanger Institute was named after him when it opened in 1993. 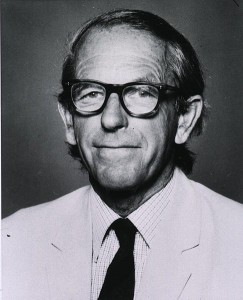 In 1982 Sanger was awarded the Nobel Prize for Chemistry for developing methods for determining the sequence of letters in DNA. This method is still used by scientists both at the Sanger Institute and around the world.

His research group produced the first whole DNA genome sequence, for a virus called phiX174 that grows in bacteria. They went on to sequence the DNA in human mitochondria, small energy factories in all of our cells. This was the first time any human DNA had been sequenced. Newer sequencing technologies have now been developed that can sequence hundreds of billions of bases but these would not exist today if it had not been for the development of the Sanger sequencing method.

Fred is one of only four people to have won more than one Nobel Prize! His first Nobel Prize for Chemistry was awarded to him in 1958 for developing methods to determine the sequence of amino acids in proteins.